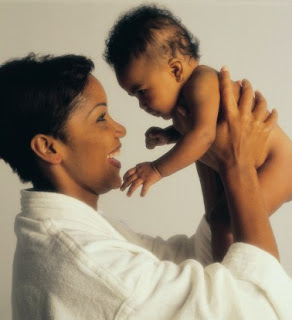 of months ago, I was contemplating the problem of infant mortality in my community. This is a topic often discussed in the Women's, Children's and Infant's Health Committee (WICH) of the Kansas City Health Commission. WICH is also the Community Action Team (CAT) of our local Fetal Infant Mortality Review Board (FIMR). The CAT receives reports from Case Review Team (CRT), the other half of FIMR (of which I am also a member). The CRT reviews cases of infants that have died in the most high risk zip codes of our city to determine if their deaths were preventable. The CRT then makes recommendations to the CAT for systems, policy, or protocal change that will have an impact on the number of infant deaths. The CAT is charged with disseminating and if possible, implementing these changes.

If all of this is confusing to you, I was a WICH member for months before I realized it was also the CAT. The bottom line is, both the WICH and the CAT are actively involved in the issue of infant mortality. Nowhere is this issue more pronounced than in the African-American community in our urban core. Nationwide, Black infant die at rates twice that of Caucasian infants. Here locally, it's almost three times higher. I've discussed this topic before on this blog. I've attended conferences devoted to this topic. I've presented at conferences on this topic. I spent a year and a half researching this topic for my master's research project.

It occurred to me recently that as bad as this problem is, it is an essentially invisible social phenomenon. I thought, what if we put a face on Black infant mortality. As a natural born storyteller, I understand the impact of the personal narrative. I use storytelling as a teaching strategy with my nursing students. I thought, why not let the women tell their own stories of perinatal infant loss. What could be more powerful than that?

The Mama Love Project is born out of a need to put a face and a voice and a human presence on an important social and health issue. Months of work on the FIMR, pouring over the death records of deceased infants and analyzing events that led up to their deaths, has convinced me that most of these deaths were preventable.

The women's stories will be filmed and the footage will be made available to agencies working to decrease health disparities in infant mortality and to create public health announcements. What I need now is the women. I'll be setting up a Facebook page titled, The Mama Love Project. I am actively seeking women willing to share their stories. These women must be African-American, reside in Kansas City's urban core (preferably in our high risk zip codes) who have experienced perinatal loss from greater than 20 weeks gestation until 28 days postpartum.

If you or someone you know would like to participate in the Mama Love Project, please contact me at laborpayne@yahoo.com. Perhaps your story can help prevent future deaths, and bring needed attention to a serious problem that remains under the radar screen.
Posted by LaborPayne at 5:18 PM No comments: